I Got the Pox, the Pox Is What I Got (Remastered and Expanded) 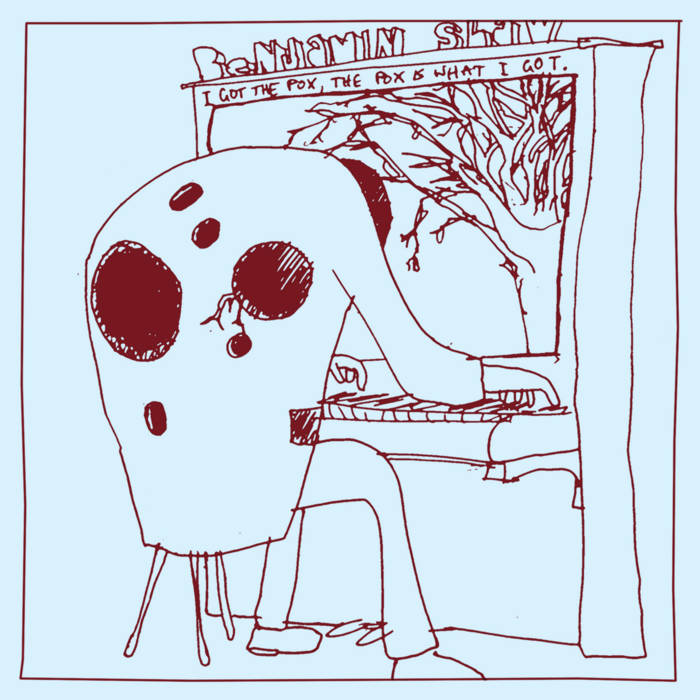 Jeremy / HI54LOFI A classic from (a small corner of) the diy Myspace-era gets dusted off & touched up and my nostalgic head is very much here for this. Favorite track: When I Fell over in the City (Remastered).

Jamie (Audio Antihero) Remastered and Expanded edition of Benjamin Shaw's weird micro classic debut EP. Features five bonus tracks. This was a day one release for us with Nosferatu D2 back in October 2009. The most fun I ever had running this label.

Originally released in October 2009, 'I Got the Pox, the Pox is What I Got' is the debut EP from cult musician and misanthrope Benjamin Shaw. Billed as "six and a half songs of nausea, noise and hilarious anecdote" and accompanied by a pair of grisly music videos, Shaw's polarising sound was introduced to independent music audiences around the world through BBC airplay, reviews kind and cruel and a slew of live shows which saw the introverted Shaw slip between transcendent and petrified.

Though greater acclaim (and polarisation) would come with the introduction of deeper dissonance, nihilism, electronics and sparsity on releases like "Megadead", "Rumfucker", "There's Always Hope, There's Always Cabernet", this debut was the perfect calling card for a singer-songwriter who wanted nothing to do with his own genre. His contempt for the form he's working within can be heard throughout fan favourites like "When I Fell Over in the City" and the ten minute title track.

One of the things I'm most proud of with running this tiny label is seeing Shaw's evolution. He has built his sound up and broken it back down so many times since 2009 but his work is always captivating, strange and beautiful.

This remastered release comes packed with an additional five recordings, including a lo-fi cover of Nosferatu D2's holiday classic "It's Christmas Time" (For God's Sake) (nosferatud2.bandcamp.com/album/were-gonna-walk-around-this-city-with-our-headphones-on-to-block-out-the-noise) and two stripped down live recordings, which are wonderful for comparison with Shaw's 2019 "Live donaufestival" album (bnjmnshw.bandcamp.com/album/live-at-donaufestival) in terms of witnessing how he has eschewed the inherited self-limitation of his genre.

"Benjamin Shaw succeeds at drawing you right inside his world. An audience of one. It’s an admirably, almost brazenly, honest and personal performance. Somehow nonchalant and intense at the same time. It could even be unnerving if it wasn’t for the fact that it’s so utterly enchanting...I Got The Pox, The Pox Is What I Got is a lovely, strange, fragile thing, and introduces Benjamin Shaw as one of the most exciting new songwriters out there today." - The Line of Best Fit