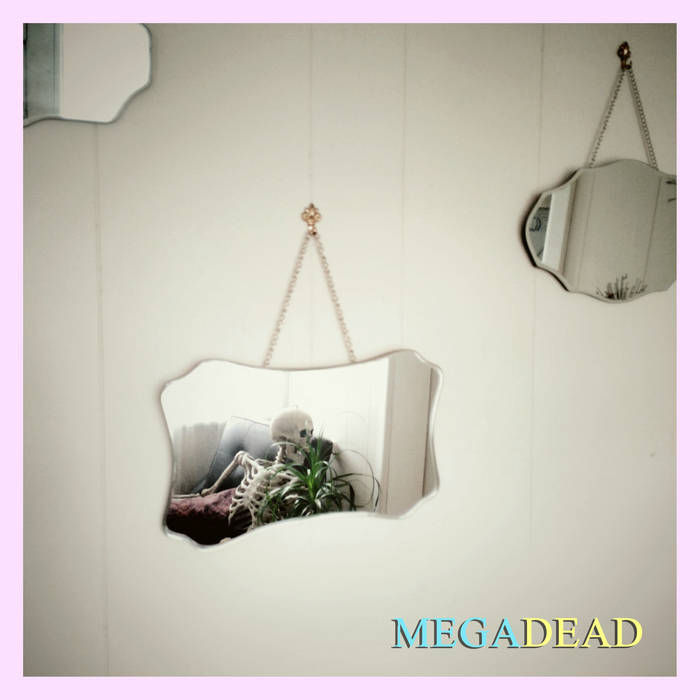 Mikichan these songs speaks to me. can't stop playing them, also love the experimental bits added on top of Ben's singing and playing, this great record deserves to be out there, seriously. Favorite track: hole.

jon & liam "He may be singing about hating his job, about going nowhere fast, but in doing so colours these things with meaning. To create art is to communicate, and as such the songs represent the antithesis to their own concerns, the simulated happiness and artificial connection punctured through their ironic presence" - varioussmallflames.co.uk/2018/09/07/benjamin-shaw-megadead/
more...

Previous Press for Benjamin Shaw:
"A piece of work that could stand the test of time...The solitude is palpable." - Gold Flake Paint

"It’s a reminder that some of the most powerful emotions can bloom from the simplest of raw moments." - Drowned in Sound

"You wouldn't want everyone (or anyone else) to sound to like Benjamin Shaw but I'm delighted someone does." - The Line Of Best Fit

"Megadead is the first Benjamin Shaw album on Audio Antihero Records since 2014's "Goodbye, Cagoule World" (bnjmnshw.bandcamp.com/album/goodbye-cagoule-world). It's co-released with Kirigirisu Recordings. Kirigirisu is a small Japanese label founded by Neil Debnam of Broken Shoulder and Fighting Kites, he also plays guitar on this record.

I've been working with Ben for a very long time. There's a lot about releasing records that I just don't enjoy at all anymore. But there's something about working with Ben that still feels special. It's good to feel that you are working on something that's truly a little different. Better still to do this with someone you care about. Someone who at this point has put together a pretty amazing catalogue of gorgeously strange albums.

This is a beautiful album. Electric and eclectic, filled with the beauty and brutality of Shaw's lyricism and a swirling world of musical layers, loops, madness and melody. Both fractured and whole. I don't know if you'll like it but I hope you will.

Megadead is many things, including a collaboration between three friends who met in a warehouse in London and are now spread out across the earth in Melbourne, Tokyo and New York. It makes me feel closer to my friends and to my past, which at 31 is all you can really ask for." - Jamie, Audio Antihero Records

"Hi, my name is Ben and I have made a new album called 'Megadead'. I've done a few albums over the years, this one being the 7th full one, I think. I've been pretty proud of them all but I reckon I peaked somewhere around 2012 (didn't we all). Luckily for me, it was exactly around the time I also peaked in shame and anxiety about doing any kind of art at all. Especially music... A white male singer-songwriter going under his own name? yikes.

The truth is, making up stupid songs and recording them in my bedroom is the only thing that gets me through each day. Going to my shitty job is rubbish. Sitting with a keyboard and a laptop on my bed and losing hours to music is magical.

I'm yet to produce anything that hasn't involved my usual tropes of 'i hate my job!’ and ‘let's run away!’ but my other half said this album is more honest than previous efforts. More open. I dunno, but I’m going to do more. Be it under my own douchebag-singer-songwriter name or something else. It’s embarrassing, but I’ve got nothing else to do." - Benjamin Shaw

"A Brand New Day" was premiered on Dimestore Saints - dimestoresaints.blog/2018/08/23/premiere-benjamin-shaw