Should've Stayed At Home: A Collection of Oddities and Outtakes 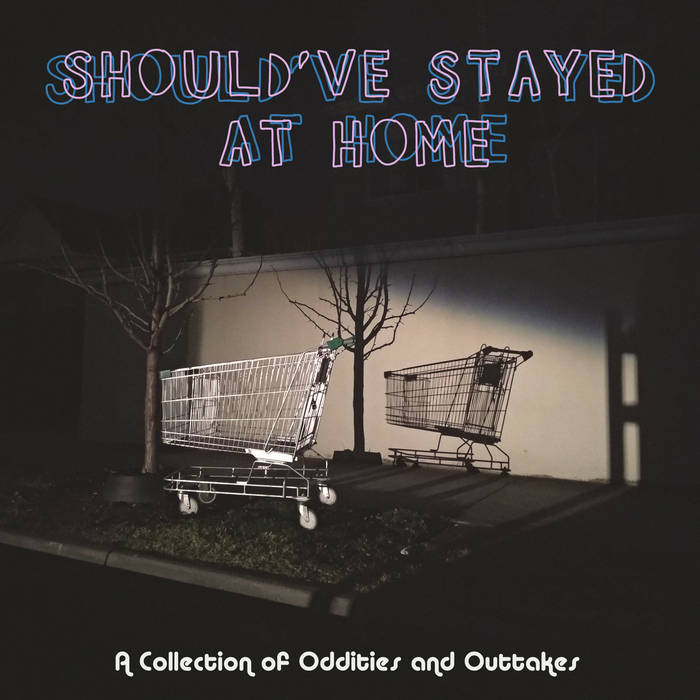 Jeremy / HI54LOFI I was on a tour with Ben once, and I remember us both wishing we stayed at home whenever backstage (but then I also remember how great 'Home' sounded live on an acoustic, so it probably was best we didn't). Favorite track: Home (WVUM Session).

jon & liam " Sad and cynical, yearning for connection yet dreading the implications, but shot through with something affirming too. Nothing as misguided as hope, but at least some semblance of dignity in the face of things" - varioussmallflames.co.uk/2019/07/29/benjamin-shaw-shouldve-stayed-at-home/ Favorite track: You Don't Drink Tea Do You?.

"Earlier in the year I talked Benjamin Shaw into compiling a "best of" and a "worst of." The "best of" came out in April as 'Exciting Opportunities: A Collection of Singles and Sadness' (bnjmnshw.bandcamp.com/album/exciting-opportunities-a-collection-of-singles-and-sadness) and this "worst of" is here today with 'Should've Stayed at Home: A Collection of Oddities and Outtakes.'

I think it came out so well. Presented in a loose reverse chronological order, there's songs pulled from forgotten compilations, an outtake from 'Megadead', session versions of songs from 'Rumfucker,' 'Goodbye, Cagoule World,' 'There's Always Hope, There's Always Cabernet' as well gorgeous demo versions of songs from the debut EP 'I Got the Pox, the Pox is What I Got,' plus a handful of songs not on any other release.

I love the release. I think Ben is so underrated and I've always wished that more people heard these sessions when originally broadcast as they're so eclectic, creative and warm. Songs like "You & Me," "Goodbye, Kagoul World" and "Home" can be played a million different ways and still sound beautiful. "When I Fell Over in the City" is a song that kind of drove me and Ben a little crazy around 2011, so much so that we couldn't put it on Exciting Opportunities, even though it's probably his most popular single. But it's here, recorded in an earlier session (a shed in Melbourne) and actually sounding way nicer/cleaner than the version we released. I really can't be mad at it and I hope people still like it.

"Sparrows over Tottenham" has been a favourite of mine since around 2009 (and it was "old" then). It wouldn't fit on any other Benjamin Shaw album but it's fun to hear it here. "Down" is bizarre to listen to, simultaneously the simplest and noisiest thing on here, purely because my guy didn't know how to record music back then. So fun.

These 16 songs barely scratch the surface of some of the great stuff in "the vault," so maybe I can talk him into another of these someday. I really hope you enjoy this compilation of outtakes and oddities. Ben has been releasing stunning and strange music for about a decade now and anytime I can shine a wee light on some things people have missed then I'm delighted to do it. I miss my big pal." - Jamie (Audio Antihero)