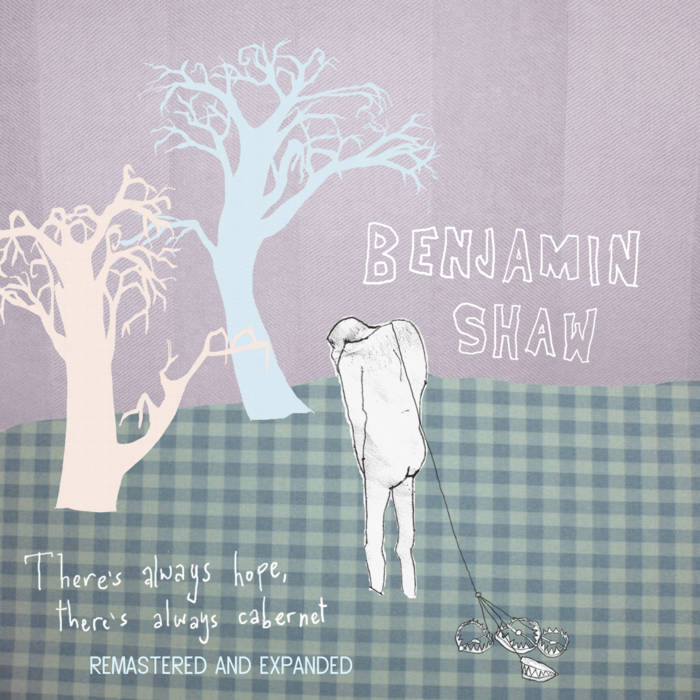 RDuf In the movie Panic Room, Jodie Foster says to Kristen Stewart “it’s disgusting how much I love you,” and that’s how I feel about this album and its subsequent remasters. Favorite track: How to Test the Depth of a Well (Remastered).

"Benjamin Shaw's gorgeous and polarising debut album gets a remastered and expanded reissue. 'There's Always Hope, There's Always Cabernet' is packed with eleven bonus recordings, including unreleased songs and sessions for stations in England, Wales, Australia and the United States.

Originally released in late 2011, this was only the second full-length album that Audio Antihero Records had released (after Nosferatu D2's debut in 2009). We sank a lot of love, time and energy into it and back then it felt like both the beginning and the end of something. But I'm not sure it was much of either. Ben has made a lot of very different records since and for now we're both still here. But it was and still is a strange and special album.

I've been trying to shut down Audio Antihero for a long time but among myriad other things, Ben's music always feels like that perfect "one last job" which drags me back in for yet another run of dead media. It always seems so perfect to team up with my big pal to share something sad and sarcastic just before I turn out the lights. We've done this multiple times now and it's never quite stuck. It's hard to resist the opportunities that free/pwyw digital releases offer to give folks one last chance to catch something different from an artist who always deserved a much better record label. Maybe it'll stick this time. Either way, Ben will keep creating beautiful music for himself and for you." - Jamie (Audio Antihero Records)